Ain't Too Proud – The Life and Times of The Temptations is the electrifying new smash-hit Broadway musical that follows The Temptations’ extraordinary journey from the streets of Detroit to the Rock & Roll Hall of Fame.

Nominated for 12 Tony® Awards and the winner of the 2019 Tony Award for Best Choreography, it’s a thrilling story of brotherhood, family, loyalty, and betrayal during a decade of civil unrest in America. Set to the beat of the group’s treasured hits, including “My Girl,” “Just My Imagination,” “Get Ready,” and “Papa Was a Rolling Stone,” Ain’t Too Proud tells the unforgettable story of the legendary quintet that Billboard Magazine named the greatest R&B group of all time. 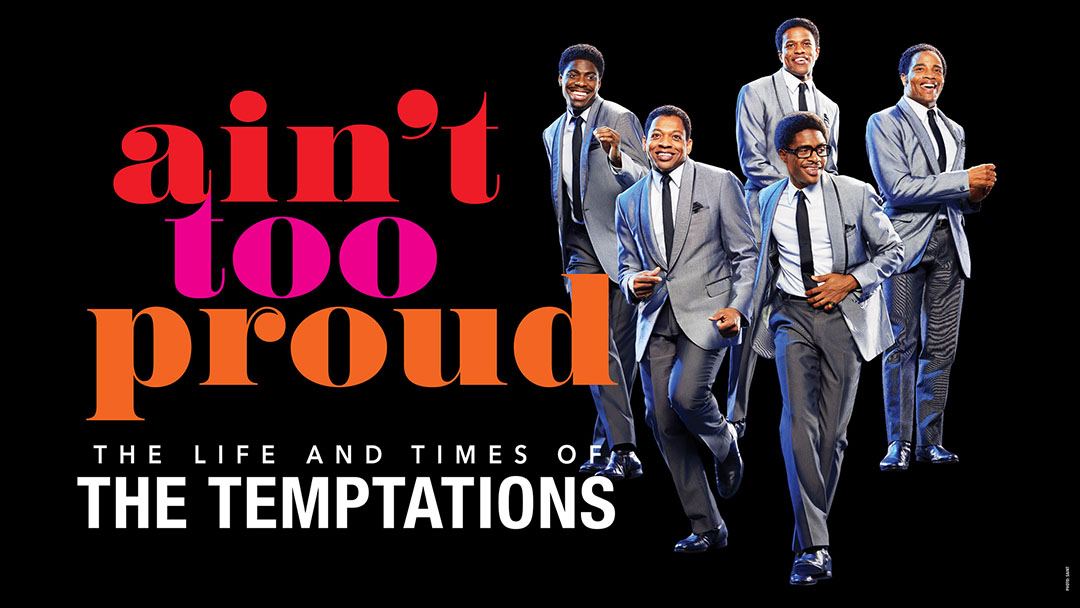 Majestic Theatre
Tuesday, October 11, 2022
to
Sunday, October 16, 2022
Starting at $40
Buy Ain’t Too Proud - The Life and Times of The Temptations tickets at the Box Office
2 hours and 30 minutes with 1 Intermission
Buy Tickets