Buy Collective Soul and Switchfoot tickets at the Box Office

Two masters of alternative rock grace the Majestic stage for one unbeatable night of music!

Thanks to the warm reception of their acclaimed 2019 album release Blood, Collective Soul are quite galvanized to add as much fresh material into their live sets as they can. Such effortless setlist integration really shouldn’t come as much of a surprise, considering how smoothly Collective Soul leapt into the national consciousness with the unbridled achievements of their multi-platinum 1993 debut Hints Allegations and Things Left Unsaid. In one fell swoop, Hints Allegations cemented Collective Soul’s status as the jukebox heroes of a new generation.

SWITCHFOOT has sold almost 10 million copies worldwide of their eleven studio albums, racked up a string of Alternative radio hit singles, and performed sold-out tours with over 5 million concert tickets sold in over 40 countries around the world. SWITCHFOOT has raised over $2 million dollars to aid kids in their community through their BRO-AM Foundation. Through their unique blend of emotionally intelligent and uplifting brand of alternative rock, SWITCHFOOT has earned a devoted and loyal global fan base. 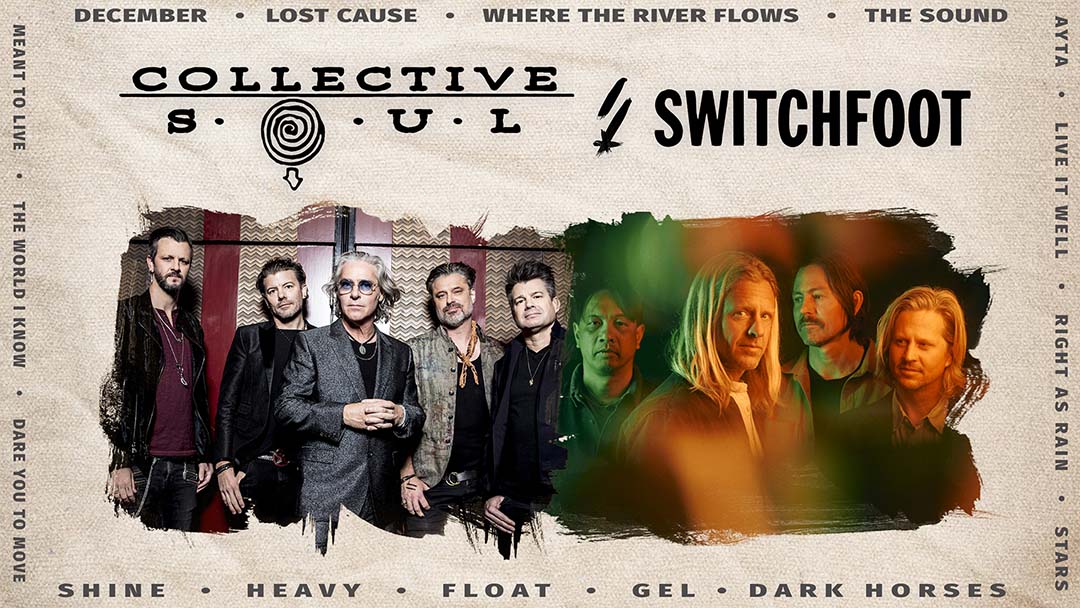