Buy David Spade: Catch Me Inside Tour tickets at the Box Office

David Spade brings his critically acclaimed stand up to the Majestic Theatre this fall with the Catch Me Inside Tour!

Nominated in 1999 for an Emmy Award for his memorable role as Dennis Finch, the wise-cracking, power-hungry assistant on “Just Shoot Me,” David Spade became a household favorite during his five-year stint as a cast member on NBC’s “Saturday Night Live.” in 2020, Spade starred in the Netflix original comedy, THE WRONG MISSY, which was the number one movie on Netflix in the days following its release. That same year, Spade also hosted his own late-night series “Lights Out with David Spade” on Comedy Central. The series followed “The Daily Show” at 11:30PM and featured Spade’s signature take on pop culture news of the day while incorporating field segments that mirror his popular Instagram stories. 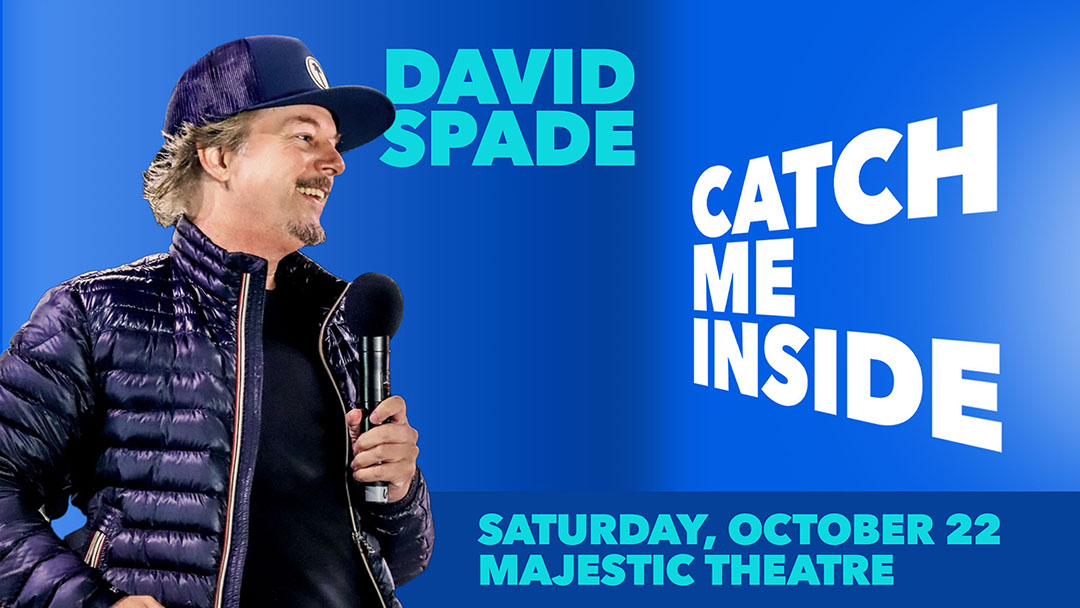