Buy Lewis Black: Off The Rails tickets at the Box Office

Known as the King of Rant, Lewis Black uses his trademark style of comedic yelling and finger pointing to expose the absurdities of life. His comedic brilliance makes people laugh at life’s hypocrisies and the insanity he sees in the world.

Since 2014 Lewis Black has done over 400 live streaming shows, called THE RANT IS DUE, at the end of each of his standup performances. Adding his own unique style, Lewis delivers audience-written Rants which have been submitted from the fans at his show and throughout the world.  These rants are now available on Lewis Black’s podcast, Rant Cast. Black is the longest-running contributor to THE DAILY SHOW on Comedy Central. He has had comedy specials on HBO, Comedy Central, Showtime and Epix. In 2001, he won Best Male Stand-Up at the American Comedy Awards. 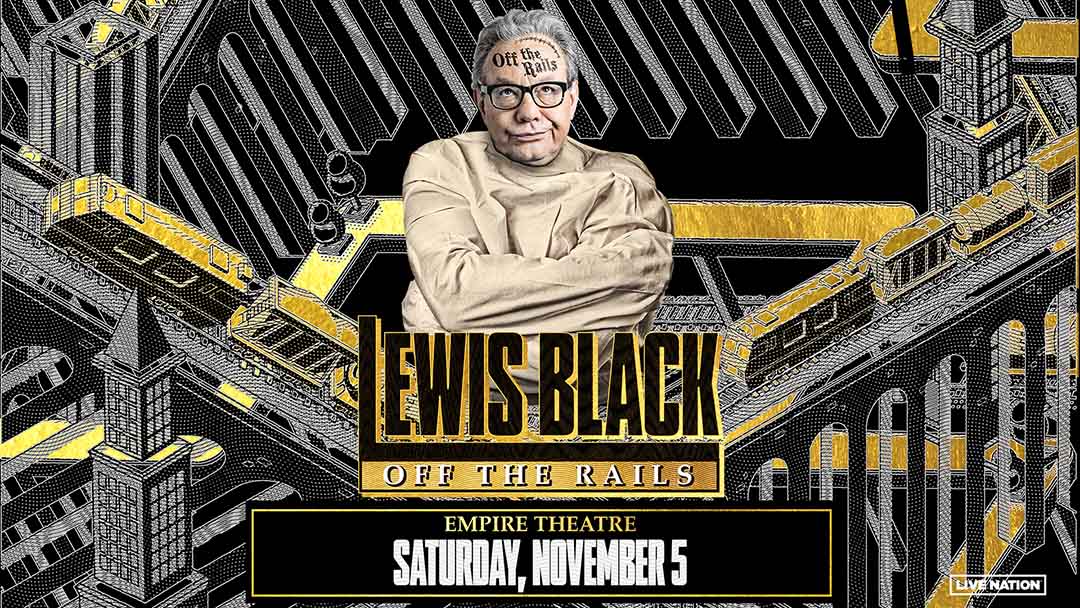