With more than 20 years as a stand-up comedian, Tom Papa is one of the top comedic voices in the country finding success as an author, in film, TV, radio and podcasts as well as on the live stage.

Tom has four hour-long stand-up specials, the latest Tom Papa: You’re Doing Great! was a wildly successful Netflix Original. His other critically acclaimed specials include Human Mule, Freaked Out and Tom Papa Live in New York City, two of which were directed by Rob Zombie. Tom recently released his second book, You’re Doing Great! - And Other Reasons To Stay Alive, which was the follow-up to Your Dad Stole My Rake: And Other Family Dilemmas both released by St Martin’s Press, making “Summer Must Read” lists from Parade Magazine to The New York Post. 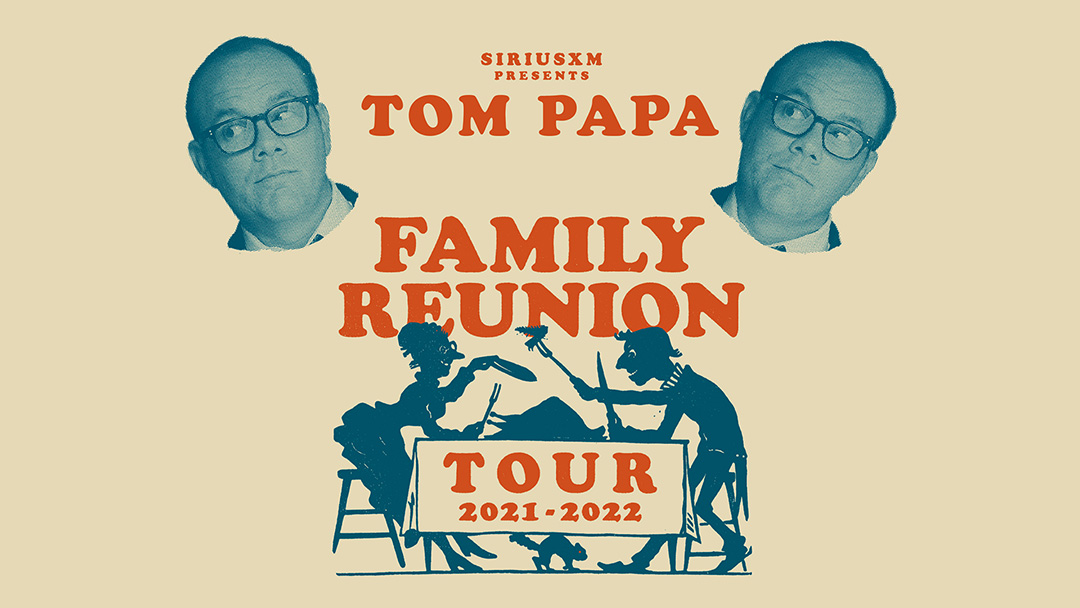