At the age of 19, Yuridia had become one of Mexico's top-selling artists, with her debut record achieving diamond status, an accomplishment only paralleled in the previous ten years by superstar Luis Miguel.

Following a 3 year hiatus, Yuridia comes back stronger than ever with her "Pa Luego Es Tarde" USA Tour! On this tour, Yuridia will present a very personal new project that reconnects her with her Norteño roots. The new album, which is slated for release later this year, contains the artist’s latest singles “Y Tú, ¿Qué Ganas?’ and “¿Con Qué Se Pega un Corazón?, all produced by famed Regional Mexican Singer-songwriter and producer, Edén Muñoz.

The revamped production marks the beginning of a new era for Yuridia, whose #DesiertoTour in 2018 sold out multiple shows in more than 20 cities around the United States. 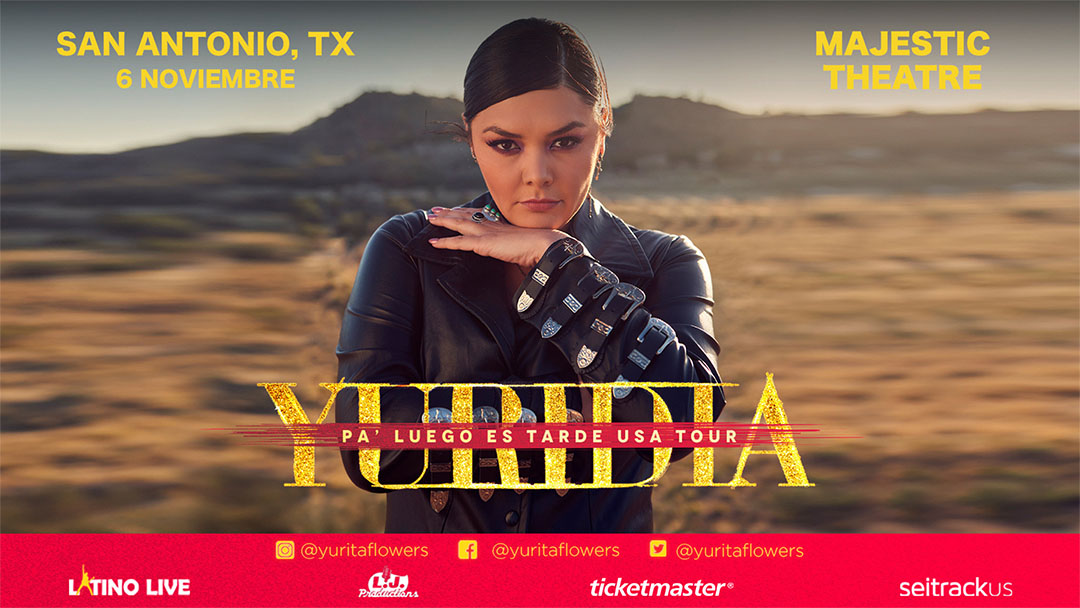