Rector’s career has taken him from the challenging beginnings of every up-and-comer to one of the most successful independent artists to-date with over a billion streams.

He’s never signed to a major label or publisher, yet has played live on a number of national television shows, including Jimmy Kimmel, Conan, The Today Show, Good Morning America and more; had his music featured in over 100 TV shows, ads, and films including Pretty Little Liars and Castle; hit the number one spot on Billboard’s US Folk chart and the number nine spot on their top 200.

Rector’s newest album, The Joy of Music, features several notable collaborations, including award-winning rapper Snoop Dogg, GRAMMY® Award-winner and legendary musician Dave Koz. Alongside the album release, Rector premiered a breathtaking short film — inviting listeners and viewers to visit a dream world that communicates Rector’s creative process and his reckoning with his job as an artist.

The Old Friends Acoustic Tour will feature Jordy Searcy and Stephen Day who will perform individually as opening acts and together with Rector during the main event. Searcy has also collaborated with Rector as a co-writer on tracks such as the 2021 hit single “It Would Be You” and Rector’s most recent release, “Wonderful World”. 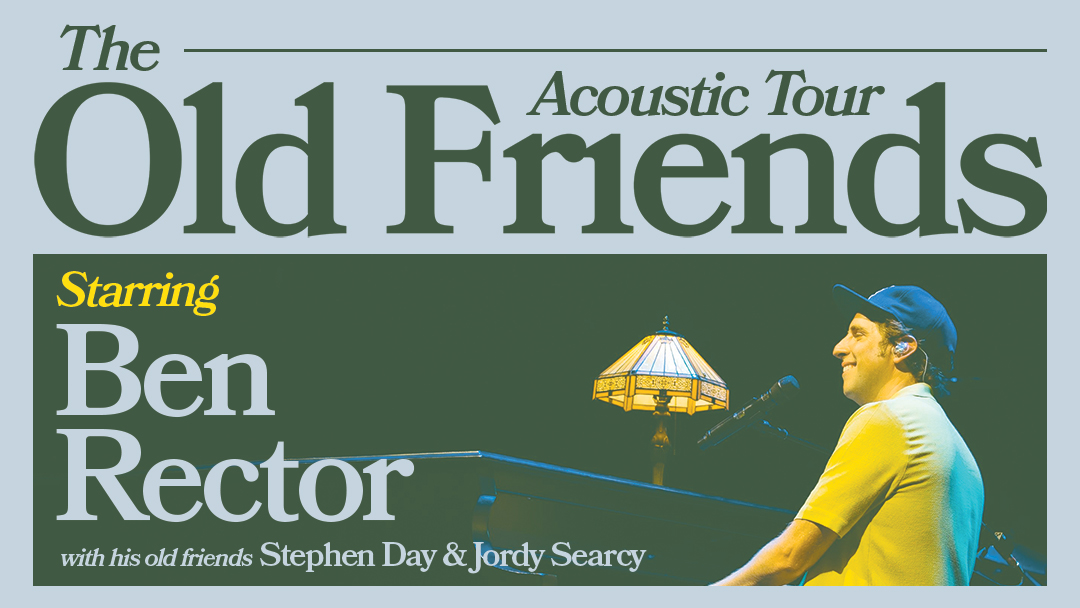