On the heels of selling out three shows at Mexico City's iconic Auditorio Nacional and adding a fourth, the queens of SOLD OUT, Ha*Ash, return to the United States with their successful Mi Salida Contigo tour.

With a striking production that has already sold out more than 10 shows in México, Ha*Ash will perform their latest album HAASHTAG, which debuted #1 in iTunes Mexico and includes hits like “Lo Que Un Hombre Debería Saber”, which reached Top 15 on Billboard’s Latin Pop list in the US, “Supongo que lo Sabes”, a ballad that has amassed over 35 million streams, and “Mi Salida Contigo”, the album’s focus track whose music video has already surpassed 9.5million views. 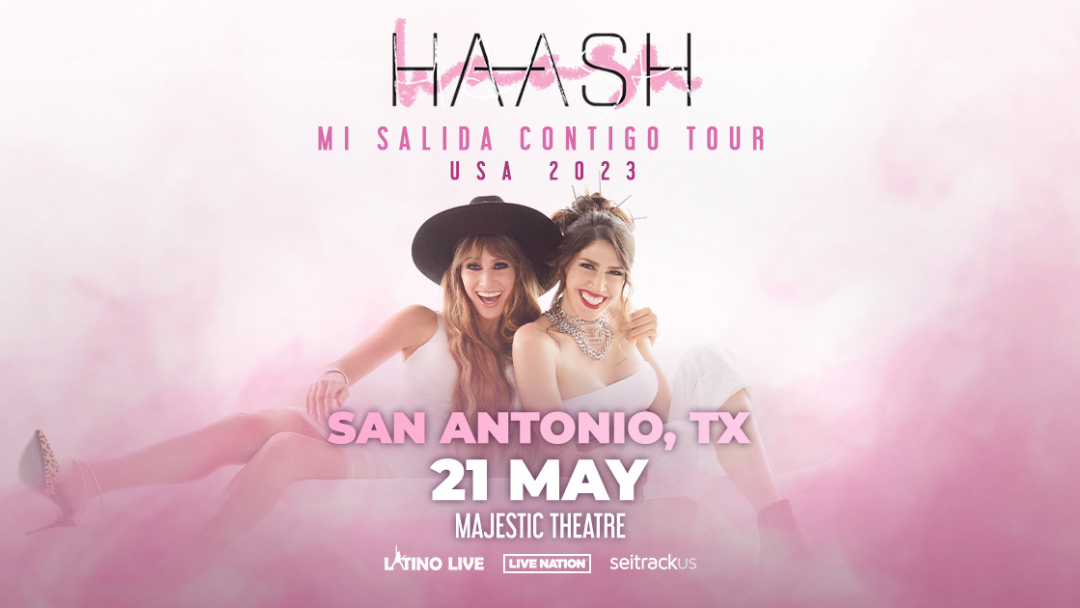