Menu
Newsletter Signup
Events
Me, Myself and Shirley - CANCELLED
Starting at $39.50+

Me, Myself and Shirley - CANCELLED

The performance of “Me, Myself & Shirley” scheduled for Saturday, September 10, 2022 at the Charline McCombs Empire Theatre has been canceled due to scheduling conflicts. “We very much appreciate your interest in Cindy’s show and the support you have demonstrated by purchasing a ticket.” Patrons will receive an automatic refund for this performance. Please contact your point of purchase for more information.

Don't miss Cindy Williams starring in her hilarious, one-woman show "Me, Myself & Shirley"!  Come hear the stories, the secrets, the embarrassing moments, and the highs and lows of Cindy’s life in Hollywood, (and maybe relive a favorite scene or two!).

Featuring hilarious, behind-the-scenes stories and videos, Cindy welcomes the audience into her world and then invites their questions.  Cindy Williams is a beloved Hollywood star and an eyewitness to creation of several iconic films and television series.  Cindy's is a fascinating story worth hearing and enjoying! 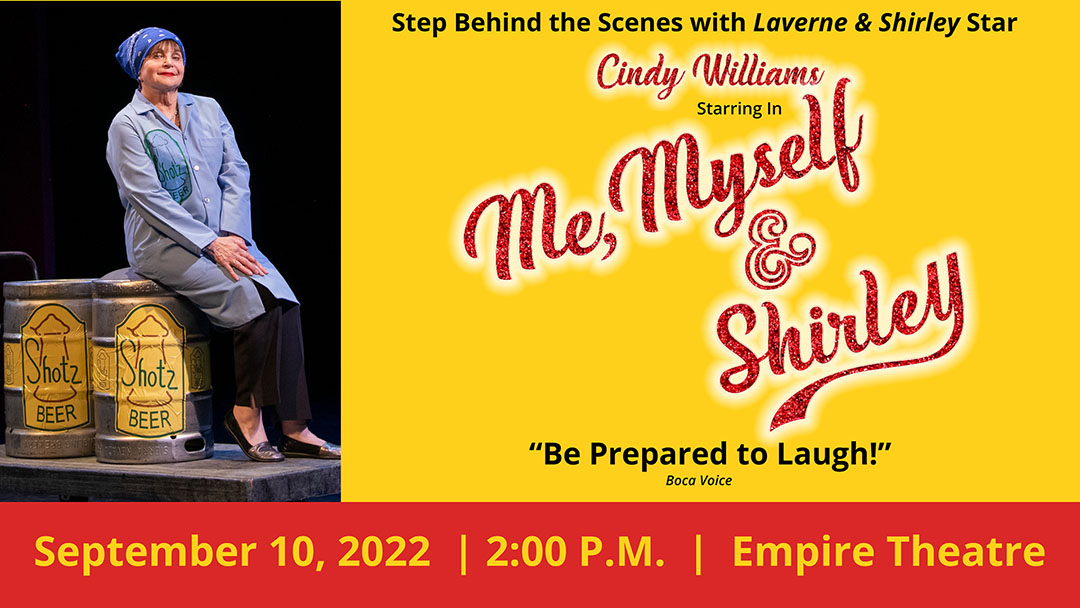 Charline McCombs Empire
Saturday, September 10, 2022
to
Starting at $39.50+
Me, Myself and Shirley - CANCELLED
Buy Tickets